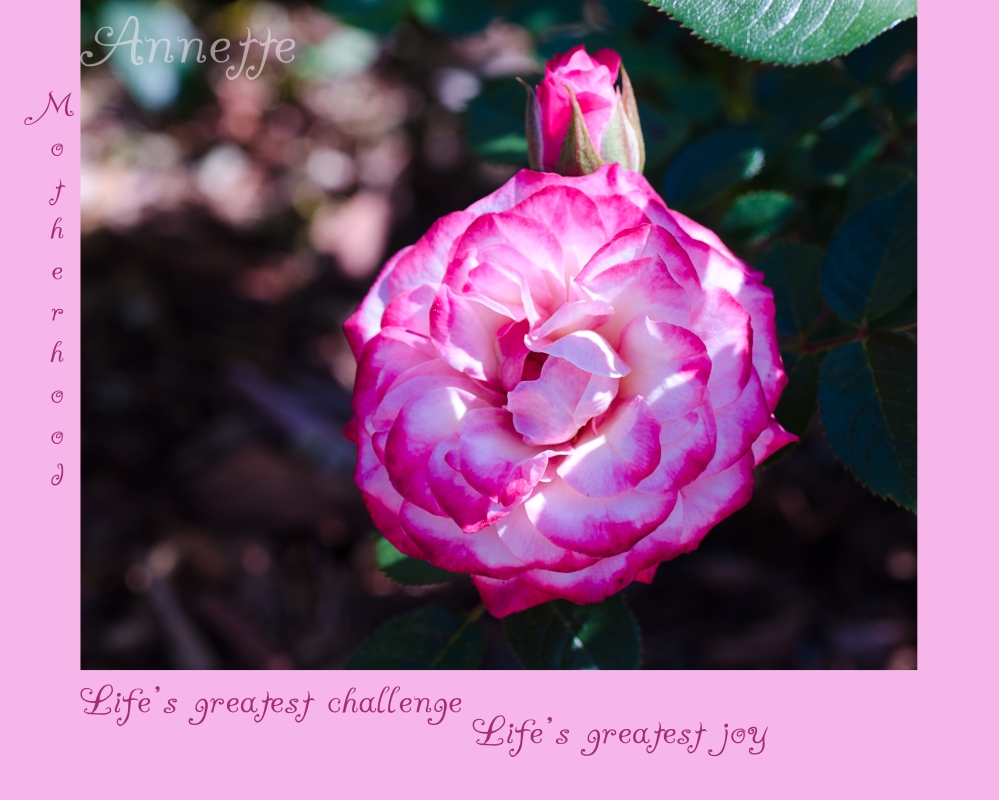 I always wanted to be a mother. I always assumed I would be.  The first challenge was becoming a mother.  Four years of tests and procedures for things that would amaze you if you know they existed.  Amazing that anyone ever becomes pregnant given the multitude of factors that have to go just right.  Four years of a roller coaster every month.  Highs hoping, then dropping devastatingly fast each month.  Over and over and over again.  Slowly realizing that it may never happen.  But there was still adoption.  But the thought of starting out on a new path was overwhelming.  Small steps.

I made a call.  A most miraculous call.  The woman on the other end said, in basically these words, I have a little girl.  She can be yours if you want her.  There are no words to describe the feeling.  I won’t even try.  That little girl is my precious princess.  I have said this before in a previous post, God would not take a piece of my body, so he took a piece of my soul.  It seemed to take forever, but five months later she was in our arms and our home.

But I always wanted two children.  So a few years later, trying all over again.  But another most miraculous phone call from the same woman.  She said again in basically these words, I have a little boy about to be born.  Do you want him?  He is now the son I adore.  His adoption, however took a year and a half.  So hard waiting for him.  He walked off the plane, already drinking from a cup and eating solid food.  He too was a gift from God.  He is the gentlest of souls.

Motherhood has definitely proven to be the greatest challenge of my life.  I say that when you become a mother you spend the rest of your life worrying.  I had no role models as I was the only working mother I knew.  My mom had not worked, none of my friends worked.  You never know if you are doing it right.  But being a mother has brought me more joy than anything else.  There is nothing I would rather do than anything for my children.  Being a mother has surely brought one of life’s greatest joys.

I have been taking photographs of nature for more than 5 years.  I find what I see through my lens incredibly inspiring, so I wanted to share those inspirations with others.  I would love to hear how these photos make you feel and what inspirations they might bring up for you.  Please leave a comment! :)